Team City Lifting and Jake Archer visit Brands Hatch for the second time this season in what’s shaping up to be a fabulous weekends racing.

After suffering a devastating engine failure in the second race at Thruxton last time out, Team City Lifting are forging ahead with renewed optimism as they look to start closing the gap between first and second in the Championship.

Whilst it was an obvious blow to have a technical problem cut short the last race, the team wont let a little thing like a blown engine put them off.  The super talented Ryan Saxelby is taking care of RS Racig FTR KTM’s oily bits so the team is in very good hands.

Brands Hatch is one of those iconic names in racing that everyone knows, even people who have never been anywhere near a race track have heard the Brands Hatch name, and with good reason.

Brands is one of the busiest and most well respected circuits in the world and has played host to an amazing number of historic moments in Motorsport..

This is the circuit where the late, great Ayrton Senna took his first race win! It’s also the scene of British Grand Prix driver Nigel Mansell’s first Grand Prix race win and it was also witness to the thrilling finale of the 2011 BSB Championship when Tommy Hill edged out his Championship rivals by just 0.06 seconds to take the title that year.

Round five of the Hel Performance Motostar Championship was held at Snetterton, Norfolk. The circuit underwent a major redevelopment starting in 2011 and the Snetterton 300 circuit is a 2.97 mile challenge of international racing standards.

With grid positions based on the fastest laps in race one Archer found he had to start from 11th on the grid. Despite this set back he made a fantastic start to the race and was up to 6th by the end of the first lap. Archer found himself in a group of four riders behind the leading trio, but as they were constantly changing places it meant that the front-runners were able to move further ahead.

Jake Archer said ”It was a tough weekend where we lost ground on the leader. In the first race I was involved in a battle with two other riders and managed sixth. Then in the Sunday race I got a great start but was bogged down in another group of riders. It was difficult to maintain my rhythm. In the final three laps of the race I did manage to find a bit extra and got myself back to sixth place after I was forced out wide earlier. I would like to give a big shout out to the City Lifting team who were a great support as always and to all my other sponsors.”

Jake Archer Scores a 2nd and 5th at Knockhill

The fourth round of the Hel Performance Motostar Championship took place at the Knockhill circuit in Scotland. Knockhill is a short circuit, just 1.3 miles long and its location can mean the weather plays a significant factor in races.

The weather for the free practice session on Friday morning was bright and the City Lifting team rider, Jake Archer quickly showed why he has been finishing on the podium so far this year. His lap time of 54.147 was set on his final lap (lap 29) during the 30 minute session and put him second in the timings at this early stage

Despite showers during the day the first of the two qualifying sessions was completed in dry conditions on the Friday afternoon. Jake Archer pushed hard and was running third quickest, despite problems with his gears, when a red flag came out after an accident to a rider with three minutes remaining. When the session restarted he managed to put in an even faster time and moved up to second with a lap time of 53.932 as only two riders broke into a 54 second lap.
On the Saturday the riders completed the second qualifying session of the weekend. Within a few laps of the session Jake Archer had already beaten his Friday’s best qualifying time. Archer went on to further improve his lap time finishing with a 52.631. Whilst this was a reduction of over six tenths of a second he was unable to achieve pole position and would start the first race on the Sunday in the middle of the front row.

In race one on Sunday morning Jake rcher made a good start entering the first corner in second place. Despite riding his bike to the maximum he was unable to match the KTM of Charlie Nesbitt who managed to open a lead over the other riders at the front. Unable to battle for the win Archer focused on getting the maximum from his machine to ensure he took second position. He successfully maintained a comfortable gap over the third placed rider to collect another second place finish at the end of the 16 laps.

The second race of the day was a 22 lap event. A number of riders had failed to get to the pit lane in time as the rain started to come down and the teams were changing tyres. This included Charlie Nesbitt and Ed Rendell so Jake Archer was left on his own on the front row of the grid. Jake managed to initially grab this opportunity as he pulled away at the start. With the other front two grid positions vacant it had also enabled the riders from the second row to get away quickly too. Jake was closely pursued by Eugene McManus for the first third of the race. They had opened a small gap over the others but as the rce went on Ed Rendell caught them both up and overtook them on lap nine. In difficult conditions there were a good few fallers and Jake wasn’t feeling the confidence in the bike that he usually experiences. In the end he felt unable to push as hard as he would have wanted but still managed to bring the bike home in a very respectable fifth position.

Jake Archer
”In the first race I did everything I could to try nd stay with Charlie [Nesbitt] but he was unbelievably fast. I rode as hard as I could and got a good second place. In the second race I struggled a bit. I had had a fall in warm up in the morning and with the rainy conditions I didn’t have as much confidence as I would have liked. Anyway we leave with another solid set of points and look forward to Snetterton. Thanks as always to the City Lifting team and all my sponsors.”

Jake Archer remains second in the Hel Performance Motostar Championship on 103 points. What a huge achievement!

Pole position and two podium finishes in the Motostar Moto3 championship last weekend have put the City Lifting rider in a strong second place in the overall standings.

Free practice on Friday was very close with the Andover rider down in fifth despite a gap of just 0.620 between him and the fastest rider. The first qualifying session also took place on Friday. Although the skies had clouded over it remained dry. Lap times began to drop and Jake Archer shaved half a second off his free practice time. In another very competitive session this still left him fifth. Rain was a strong possibility for Saturday and whilst it did fall during the night the track was dry for the second qualifying session. In his first stint Archer was quick to match his lap timesfrom Q1. Having pulled into the pits for some adjustments Archer returned d to the session looking for further improvement. It came right at the end of the session and the Andover ace secured pole position with a time of 49.531. The 16 lap first race was on the Saturday afternoon. As the riders took their positions on the grid the rain began to fall. There was a flurry of activity on the grid with the vast majority believing that wet tyres would be the best option. Jake Archer and the team believed it would only be a shower and decided that they would put a wet front in and leave the rear slick. It was a tough call. As the lights went out the bikes sped off from the grid only for the rain to almost immediately stop. Archer got a great start and led after the first lap. Whilst his tyre choice was an advantage over most of the field, he was forced to watch as Amos-Booth overtook and pulled away on a full set of slicks. Although unable to keep up with the leader he opened a huge gap over the third placed rider. He crossed the finish line to finish on the podium and collect 20 valuable points. Sunday started sunny but as the 22 lap second race approached the sky darkened but this time the race remained dry. Archer launched himself of the line again and quickly opened a gap of 3 seconds over the chasing pack. He began to look unbeatable as he consistantly lapped low to mid 50 second laps on the Indy circuit. However, Jake Archer suffered cruel luck as he began to lose pressure in the rear tyre. He continued to push as hard as the bike would allow but he was unable to respond to a charge from Charlie Nesbitt. Nesbitt caught Archer and overtook him with just three laps of the race remaining. Cruel luck saw Archer miss out on the win but he picked up his second podium of the weekend. Jake Archer, “Obviously I’m disappointed to have missed out on the win in the second race and if we hadn’t had the tyre issue it could have been mine. I can’t be too disappointed as I go home with 40 points more than I came with and I’m second in the championship. Thanks again to the team at City Lifting,…… 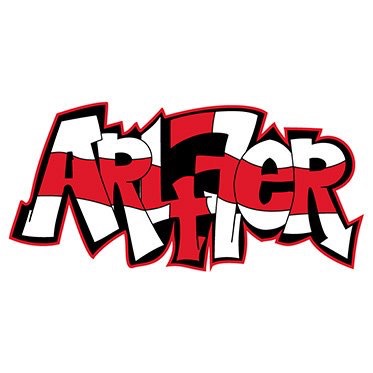