On Thursday 10th of November, City Lifting worked along side Nick Knowles and his team to transport Chris Beardshaw’s gold medal-winning garden across London, crane it over buildings and rebuilt it on the roof of Great Ormond Street Hospital.

Transporting 30 trees and hedges (weighing 3.5 tonnes), 2,000 plants and 56 tonnes of soil through central London to be craned individually (73 times) on to a disused rooftop, two stories up.

It was a great privilege to work along side Nick Knowles and his team to help put together this ambitious roof top build. 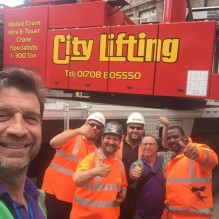 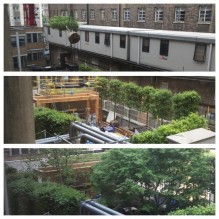 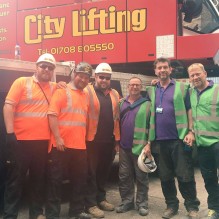 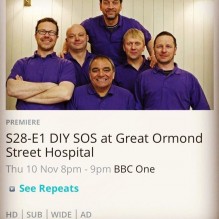 As volumetric and modular buildings get taller, as shown here on the 49m Treet Building, tower cranes are playing a greater role in their construction and, although it remains a niche market, ambition in the sector is large. Bernadette Ballantyne reports.

There is nothing new about prefabrication of construction components in buildings. For decades now, contractors and project clients have been pushing to minimise construction time by manufacturing elements in factory environments before delivering them to construction sites at the appropriate time. What is new is the scale of prefabrication and the ambition of the sector. It is not only concrete structural elements that are being prefabricated, whole building units are also being manufactured offsite. From fully fitted-out bathroom pods weighing 12t each in Singapore to 14t timber apartment modules in Norway, the scale of modular construction in building is expanding.

“One of the big benefits is the size of site required, as you can actually develop quite a small site to a high level,” explains Michael Hough, a structural engineer who has been designing volumetric buildings for a decade. His company MJH Structural Engineers has worked on some of the UK’s most leading-edge volumetric schemes from student accommodation to residential projects. “If you think about it, if you can park a truck close to the building with a tower crane in the centre then your lifts are very short,” he says, noting that the location of the arrival site for the modules is very significant.

This is something that Melvin Rogers, operational director of UK crane hire firm City Lifting, knows well, having undertaken a lot of this type of work in London. “The modular stuff is so interesting because projects are getting bigger and bigger but then the actual load handling, and transport to and from site becomes a major consideration. If they are being built offsite, they are a lot greener [in terms of sustainability] but then the manufacturers need to get them to site. If they are 4–5m wide it becomes unachievable. We are working with the built environment; there is only so much you can change,” he adds.

As a result, the transportation requirements generally dictate the width of the modules. Typical modules used for student bedrooms for example would be 3m wide and 6–7m long weighing around 8–10t. 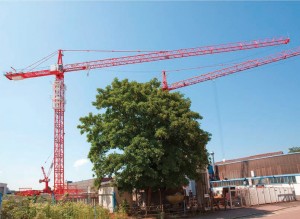 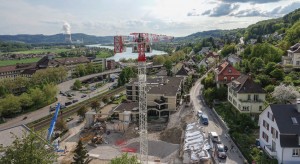 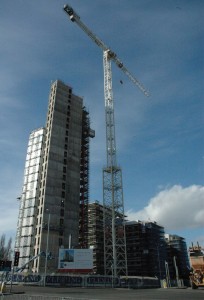 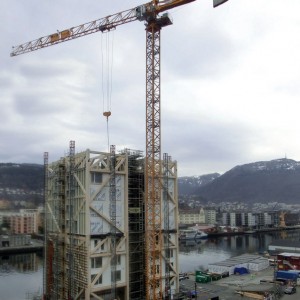 The Grove GMK 6400 Crane was mobilized on Sunday afternoon for the Lakeside Shopping Centre project as this was the only time that we could cause minimum disturbance to the general public and keep the shopping centre fully live and open.

We pre-laid the trackway down for the arrival of the GMK 6400 to drive on, we then arrived with 2x Cranes and 5 Lorry’s, with all the counter ballast and Luffing Fly Jib. We then brought the GMK6400 into position (PIC 1) and then we started to assemble the crane with the use of a 70 tonne capacity rigging crane, we worked through the night under some very tight conditions (PIC’s 2 & 3) to assemble the 79m of Luffing FLY JIB.

From start to finish the whole operation to get the GMK 6400 fully working, operational and ready to work took 14 hours (PIC 4).

We then commenced working for 5 weeks of nights, lifting various materials weighing up to 3 tonnes to a maximum Radius of 94m. This was carried out with by one of our Experienced Specialist Lifting team as a Contract lift. Every item of material that we lifted was done blind to the Crane Operator, all members of the team communicated to one another by hand held Rad

City Lifting completed the lifting phase which allowed the customer to complete this critical phase of the project safely, on time and on budget. 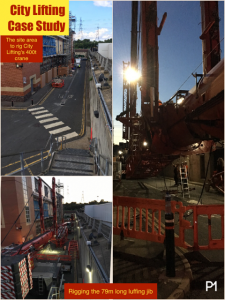 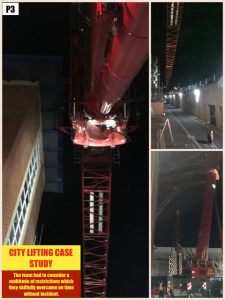 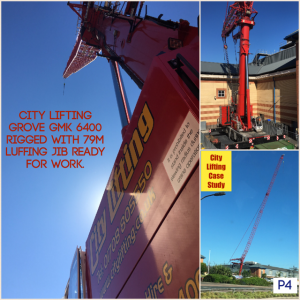 The New i Raptor, together with a rescue basket stretcher, uniforms a safe and compact driver rescue system – DRS.

The DRS system solves the problem to get a crane driver down on ground in case of heart problem or other severe illness.

The new i Raptor is strong, speedy and safe which is crucial in an emergency situation. Time is a key factor in all rescue situations,

The hook movement is controlled by a frequency inverter which gives a safe, smooth emergency ride to the patient.

If a power failure appears during a rescue situation, the battery back-up makes it possible to continuing the descending process of the patient.

i Raptor is also equipped with a top-run over switch and an overload system.

The i Raptor DRS system is easy to fit on most crane platform’s thanks to its compact design. 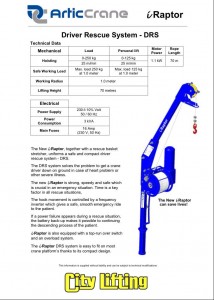 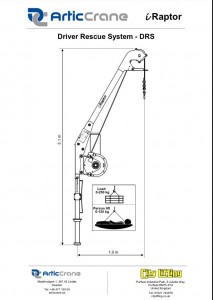 On the 6th of September 2007, City Lifting the London-based crane hire company – has taken delivery of the first seven axle Spierings SK 2400- AT 7 mobile tower crane and the first Unic 706 mini crane in the UK. 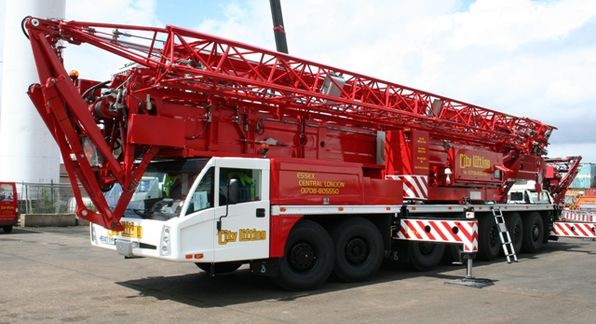 The company has pioneered the Spierings product in this country and currently operates a fleet of 12 topped out by the new model. 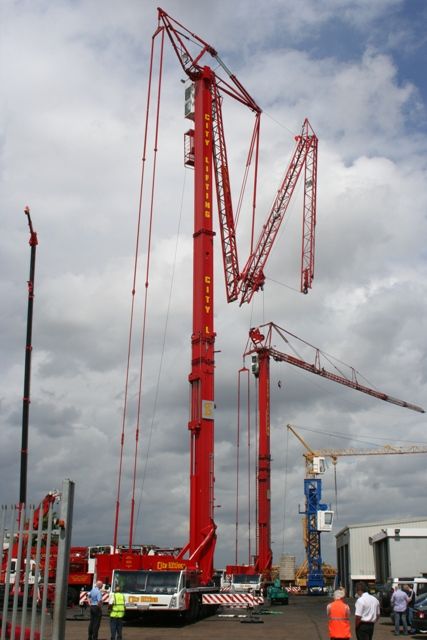 The AT7 can handle six tonnes at 42 metres radius and a 36 metre hook height allowing it to compete head to head with most 300 tonne telescopic cranes. 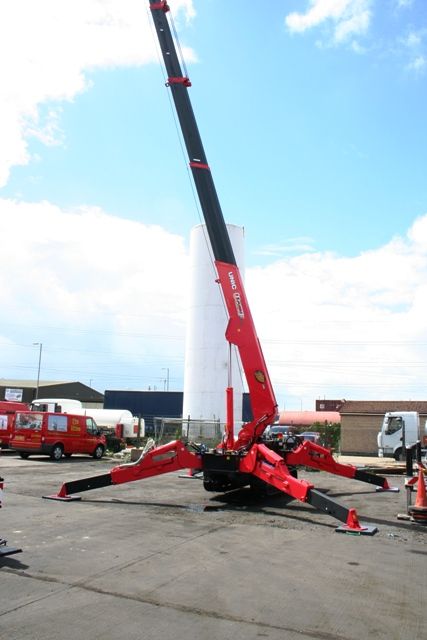 City Lifting has also taken delivery of the first Unic 706

City Lifting is also the first company to take delivery of the new Unic 706 mini crane in Europe. It is also expecting a new Locatelli AT20 city crane complete with EN280 aerial work platform attachment.